The Recent Telepathie Ocurrence at the British Museum

The Recent Telepathie Ocurrence at the British Museum

A short story about the death of a young woman and her paranormal reappearance to her lover.

She lay dying; soon she would be dead, and her secret would have died with her.

All about her, her friends were weeping, or standing with pale faces from which they strove to keep back the tears. For each she had a look, a word, a pressure of the hand. For the absent there were little gifts and messages of farewell; it seemed that none were forgotten.

Yet, for him whom first and most she remembered, there was no token of remembrance. It is often so with women.

Through long and weary days had she kept her own counsel; now, at the last, there should be no betrayal of her womanhood. The secret which lay hidden in her heart was a hard and cruel one, crushing with its weight the tender breast, sapping the young life at the very spring. Nevertheless, the fact that it too must die with the rest of her was what made the thought of death a bitter one.

By-and-by, when they had left her, all save one silent watcher, when she herself had grown too weak for speech, she heard the passionate voice of her secret crying out to her in the stillness.

"Oh, my love, my love," it said, "and must it be so? That all hope and chance depart this hour for evermore? That the mighty force in my breast shall be as it had never been?

Almost it seems that in dying I play a traitor's part! That there must have been virtue in the love with which I encompassed you; you, that knew or heeded it not. Now that great love shall hover no more about you, poor human creature, knowing not your own forlorness.

And what was the cloud that came between us?

“Cruel, oh, you were cruel! but you were mine, and I was yours, though the truth of this knowledge may never dawn in your heart. Oh, love, there is so much that I would have done for you . . ."

The daylight was growing dim, and came in grudgingly through the pane; in her seat the silent watcher stirred wearily; and the body of the dying woman shook and quivered with a mighty yearning.

II.
The Professor was young (as Professors go), but already he was growing bald at the temples; and much poring over manuscripts had made eye-glasses a necessity for eyes that once had been keen as a hawk's.

And this afternoon his back ached with stooping, his head throbbed, he was conscious of unusual weariness.

Leaning back in his chair, he let the pen fall from his hand, while his glance wandered round the vast reading-room, with the domed roof and book-lined walls, the concentric circles of catalogue cases and radiating lines of the reading-desks.

How familiar it all was to him! The thick atmosphere, the smell of leather, the dusty people who bustled and dawdled, whispered and flirted, and whose faces he knew by heart.

A more miscellaneous throng, perhaps, that of these seekers of literary honey, than you anywhere else find pursuing its avocations under one roof.

"How dark it is!”' grumbled the Professor. "Why do they always wait to the last moment before lighting up? And what a tramping and a whispering on all sides! It's the women — they've no business to have women here at all," he added, as a clergyman and a law-student passed by in loud consultation.

That woman there, for instance, standing near him at the outer circle of the catalogue desks; what did she mean by staring at him in that unearthly fashion?

She here! She, of all people; here, of all places in the world?

What had brought her? what cursed feminine impulse had prompted her to disturb him, to come between him and his work? — his work, which was all he lived for now.

Pshaw! She wanted, no doubt, the answer to an acrostic, the pattern of some bygone fashion for a ball.

And did she expect him to fly to her side with offers of help, that she fastened on him that lingering, wistful glance of appeal?

“Get thee behind me, Satan," said the Professor to himself, and turned to the books of which he was so weary.

At the same moment the great dim globes suspended from the roof grew white, and their radiance was spread throughout the hall.

The Professor raised his head, and involuntarily his eyes sought the woman with the wistful face.

She was not there.

Strange! His seat was the last of the row towards the centre of the room; she had been, therefore, quite near him, and he had heard no sound — no oft-vituperated rustle of feminine skirts.

The Professor sprang to his feet, and snapped liis eye-glass on the bridge of his nose.

She should not escape him thus; for once, from his own lips, she should hear what he thought of her — with her own lips should make what reply she could.

There was something of exaggeration in his rage. His lips twitched a little, as he made his way to the centre of the room, a good point of observation.

The Professor came back to his seat with a curious look on his face; mechanically he restored the books at the desk, received the tickets, put on his hat, and made his way from the Museum.

A few hours later some one stopped him in the street and told him that she was dead.

The street lamps, the shop lamps, the red flashing lights of the cabs swam and reeled before his eyes in chaotic brightness, and then, somehow, he was stumbling up the dark staircase of his lodging to his room.

Crouched there by the table, his head bowed over the papers and manuscripts, he saw it all as by a flash — saw it, and understood.

She had thought that it would die with her, the poor secret, so jealously guarded. Love stronger than death, and for once more merciful, had betrayed her.

For two people knew it now — her secret, which was also his. 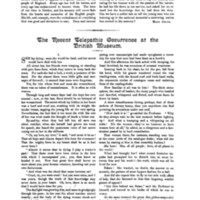 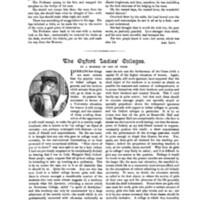